As a “very online” person, people find it surprising that I try to limit my time spent interacting with technology. I didn’t always “subscribe” to that viewpoint. I used to joke that the only thing I needed to be happy was an internet connection. But as I’ve gotten older and maybe a little bit wiser, my viewpoint has changed.

It is becoming more and more clear that the 2010’s will be remembered as the birth of two technologies that have fundamentally shifted the trajectory of humanity: phones and social media. These two inventions feed off each other and went hand-in-hand to upend the economy and human behavior over the last decade. I don’t believe the impact can be overstated; we are just starting to understand the second and third order effects of perpetually being connected to everything and everyone. You can see the effects at a cultural, political, and social level already. These effects have been positive and negative, but they’re not something that we can individually control.

What we can control is access to our own time. It’s ironic that just as my generation has weaned itself from the 4 hours of television every night (which was common in the 90’s) we have filled that free time with even more empty distraction. Every second of you looking at a screen has been commoditized as popularized in the concept of the “Attention Economy.” It’s akin to corporations discovering oil in the 20th century, all of the sudden a new commodity is on the market and everyone needs it. In the 21st century a new previously untouched commodity has been discovered: your attention while you walk the dog, brush your teeth, eat dinner, and answer work emails. Large internet companies spend huge R&D budgets to get you to look at your phone as much as possible. Companies like Apple, Google, and Facebook rely on you looking at a screen and interacting with their services as much as possible. Because of these interests, we can’t expect help from these companies to curb screen usage, it will only get worse and worse. So, it’s fair to say that we can expect more and more screen interaction pushed on the consumer market.

I’m a very curious person, it’s a blessing and a curse, curiosity comes along with being easily distracted. Unfortunately modernity has put us in close contact with distractions all the time. From working on our laptop to the phone in your pocket at the park. Unproductive and empty distractions, algorithmically customized to our particular interests are piped into our attention all day long.

I recommend the book Digital Minimalism by Cal Newport for an in depth look at the problem. One of the recommended approaches in his book is to perform a “Digital Detox.” In this blog post, I’m going to share my personal approach to taking more control of my attention through a deliberate reduction in time spent online.

Looking at your phone has become a major habit for most people, this is the first place to start to take back some brain cycles.

I set up do not disturb hours on my phone so I don’t get text notifications from people not in my favorites during certain hours, and I enabled do not disturb while driving as well. With this setting, my phone knows if i’m connected to bluetooth audio in my car while I’m driving, a polite auto-reply is sent for texts, but phone calls still go through. If I decide I really need to unlock my phone while driving, Apple asks me if I am driving or not. This simple warning is enough for me to not bother unlocking my phone. The message forces you to decide if you really need to risk your life to send a text or look something up. I’ve stuck with this for over a year, so it worked fine.

Content on Facebook started being uninteresting to me a while ago, so this was an easy delete from me. I no longer receive birthday notifications for elementary school playmates. And I no longer need to get upset about an acquaintance’s political opinions. Since I’ve stopped posting, phone calls with my parents are much more interesting.

Dad: “Oh yeah, I already saw that on facebook.”

Now, I get to have a rich discussion with them. I have more of a reason to have a private conversation with my parents, which is really what socialization should be for in the first place. You simply aren’t going to ask the same questions on Facebook that you would in real life, but when we remove the reason to get a conversation started, then the chance of having a meaningful interaction is also removed.

There are, of course, things that we must be on Facebook for as parents—organizing sports and clubs, etc. Removing the Facebook app from your phone, and making it a “computer only” application allows you to still be involved, but in a less convenient context.

This was the hardest delete. There are a few ways people use Twitter. Some people follow news outlets and celebrities, they might make a reply to a thread sometime and get followed by bots. But then there is Twitter “The Blood Sport.” Twitter as a game, trying to gain followers based solely on your original content and wit. This aspect of Twitter was a fun world to discover. I could communicate with academics that peaked my interest. I met all sorts of interesting people all over the world and developed some online relationships. I steadily grew my follower count, unfortunately this was taking away from my real social time, time that I wasn’t spending with Real Life ™ friends. At the end of the day the valuable parts of Twitter—like being able to look up an academic and ask a question about their work—are still there if I need it. The fear of missing out (FOMO) and constantly checking on notifications is gone, however.

I had already been spending less time on reddit in general, and I noticed a large improvement removing Twitter from my phone. Unfortunately, I was just going to reddit instead, so my time was just being shifted to another app. After deleting reddit, I was left with no social media on my phone at all.

After removing these apps for 3 months, I really have not missed them. I feel good when I get through a few pages in a difficult and long non-fiction book, and if I’m not in the mood to read I’ll just entertain myself in traditional “pull out the phone situations” like a long elevator ride by practicing small talk without talking about the weather or traffic.

But, what about truly boring times? The dentist office with 3 year old People magazines, for instance, really screams for the luxury of some good phone browsing. I was inspired by a client who said she reads books on her phone. This sounded kind of gross to me, but I put a difficult book on my phone that didn’t have an audio version. Now, I just pull this book out and read a few pages when I feel the urge and I’ve gotten through a full non-fiction book that I would not have read otherwise.

As far as lasting effects, it’s hard to say. I will say that I feel like I have more time for hobbies now that I’m not  sitting on the couch scrolling through advertisements on my phone. One frustration that I’ve noticed is that Apple does not allow you to view your screen time over a time period of more than 2 weeks. If I was being cynical, I would say this is on purpose, it’s not in Apple’s interest to summarize screen time over a full year or month. However we’re headed in the correct direction. If more consumers ask for and use these tools, then they may be added in the future.

One area that my own digital detox has helped in is explaining screen time to my daughter. It is much easier to explain why her screen time is limited while I model the same behavior. I highly recommend giving a digital detox a try, you may not stick with it, but at least you will gain a good understanding of why you use these apps. 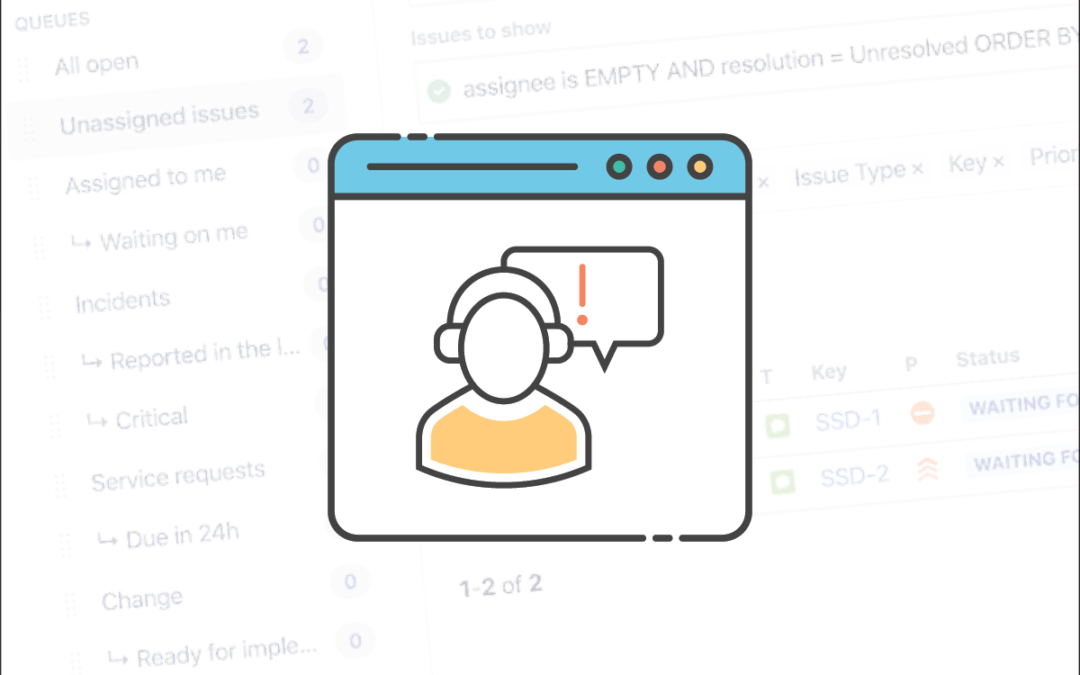 Jira 201, Part 5: How to Set Up Your Jira Service Desk Project

Blog Barista: Sam Nadarajan | March 25, 2020 | Developer Tools | Brew time: 11 min
Welcome back. We’ve made it to our last part of the Jira 201 series! In today’s post, we will take a closer look at how to set up your Jira Service Desk project. After making the business decision to use Jira Service Desk…

END_OF_DOCUMENT_TOKEN_TO_BE_REPLACED 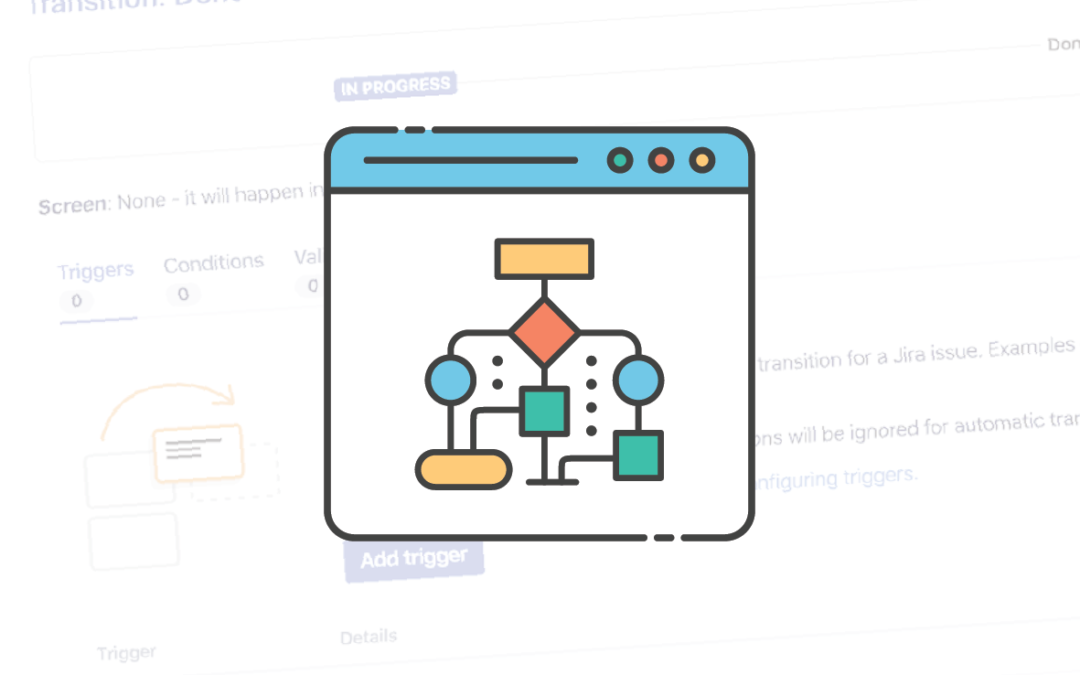 Jira 201, Part 4: Everything You Need to Know about Jira Workflows

Blog Barista: Sam Nadarajan | March 24, 2020 | Developer Tools | Brew time: 8 min
Welcome back to the Jira 201 series! In Part 3, we walked you through everything you can do as a Jira Project Administrator and how you can keep your project running smoothly. In today’s post, you’ll learn…