Being Comfortable with Being Uncomfortable

How Pursuing Fear Led to a Career Change

As a kid, I figured that I would grow up and do what I was good at: reading, writing, and language in general. I was a bookworm who always struggled through math and science classes. Both my parents were public school teachers who wrote novels and articles on the side. So, I assumed I would follow in their footsteps. We hardly had technology in our house, not even a television. Our home phone was used to talk to grandma and grandpa, and when cell phones became a thing, we certainly didn’t get one. We didn’t have any ideological objections to technology; we just didn’t believe it was necessary. I was comfortable in an analog world, and it became part of my identity.

When college approached, I knew I was going to succeed at what I knew best. So, I spent six years paying to do things that I was already good at, and came out the other end with a degree in education. Weeks before graduation, I went to a mini-hackathon with friends. It was outside my comfort zone, but I suddenly found myself learning to write a for-loop in JavaScript. I had never really used computers other than opening Microsoft Word, checking my email, and occasionally watching the Daily Show. When I saw my fizz-buzz program working, I had the mind-blowing revelation that everything I had ever interacted with online had been built by people using tools like this; tools that were simple when isolated but could be connected to create something as complex as the Comedy Central website. A completely new world had been revealed to me, and I was excited about it.

I graduated and did what any college graduate is supposed to do, I found a job in my field and went through the motions every day. But I couldn’t get that hackathon out of my head. The feeling of building something from nothing and having it work was incredible. I was in love with it. After spending time digging deeper and teaching myself basic development concepts, I realized that I was at a crossroads. Either I could spend the rest of my life where I was comfortable and unmotivated, or I could go down a path where I had no experience, burn through my savings, and end up without a job. Both options felt equally scary.

Yes, You Can Do It

If you’ve seen the movie Yes Man, you might be familiar with the philosophy of saying “yes” to things that scare you and seem a bit crazy. I didn’t know if I was capable of making a career change to a field where I had no educational background and no experience, but I decided to explore what I was capable of doing. I decided to begin actively pursuing the things that scare me. Fear was keeping me from a career in development, but it didn’t have to keep me from living my life as I wanted.

I started with two of my biggest fears: I was afraid of the dark, and I was afraid of bears. So naturally, I headed out to the Olympic Mountains, into black bear country, and away from the light pollution of Seattle. I drove in as far as I could drive, and then I started hiking.

As evening began to fall, I started looking for wildlife. I wanted to see a bear, but I wanted to see it at a distance. Preferably on a neighboring peak, or across a wide river. The particular area I was in was known for a large population of deer and black bears. As I rounded a corner, a large stump hidden in the shadows on the side of the trail started moving towards me, and then stood up. The bear was only an adolescent, but had several feet of height on me. It was enough of a bear for me to overcome my fear. We looked at each other for a moment, and when I realized that the bear wasn’t going anywhere, I held my backpack over my head and started yelling while backing away. It turned around and headed off the trail, and the adrenaline powered me through the rest of my hike at double speed. It was enough of a bear for me to overcome my fear.

That night I set up my tent in an open meadow, and when it became dark, it became really dark. Before settling in for the night, I shined my flashlight into the meadow and saw a sea of green eyes looking back at me. I lay awake in my tent as the temperature dropped to 30 degrees, listening to shuffling and breathing as something large brushed against my tent. It was the longest night I’ve ever experienced. But in the morning when I unzipped the tent, I was greeted by a brilliant pink sunrise over the mountains and realized that I had actually made it through the night. I could be that fearless person I always wanted to be. All I had to do was say yes.

Waiting to Be Ready

When I arrived back home, I quit my job. I decided to give myself one year to get a paid position in tech. I knew how to open Microsoft Word, and how to write a for-loop. After several months of self-teaching, I realized that the sheer volume of information available was overwhelming, and with no prior knowledge of the field, I had no idea what to learn in what order. I signed up for Lambda School, which is an online, full-time, 9 month web development and CS program (no, this is not a sponsored post). Many of my classmates were coming from a background in tech, and it seemed like they were speaking a foreign language. I spent months in class all day and studying all night to make up for years of shunning technology. I constantly felt like I was barely hanging on. It was very uncomfortable. But I pushed through it, and I began to make a list of companies I would apply to when I was “ready.”

When an HR rep from my top company (KL&A) reached out over LinkedIn and offered an interview, I was not ready. But I hadn’t been ready to drive mountain roads, spend the night in the Olympics, or meet a bear. If I had waited until I was ready, I would have waited until after I’d been ready for months or years. There is never a perfect time for doing scary things. So, I went to the interview. And I was terrified. I was uncomfortable, but that became a familiar feeling. That feeling was becoming comfortable with being uncomfortable.

Anything that results in personal or professional growth will be uncomfortable. It’s easy to allow ourselves to fall into habits and routines that don’t challenge us. While that kind of stagnation feels comfortable, it often keeps us from being the person we aspire to be. Whether it’s diving into a new technology, saying yes to a speaking engagement, or travelling to an unfamiliar place, I’ve committed to actively lean into the discomfort and do something every day that pushes that zone a little farther. 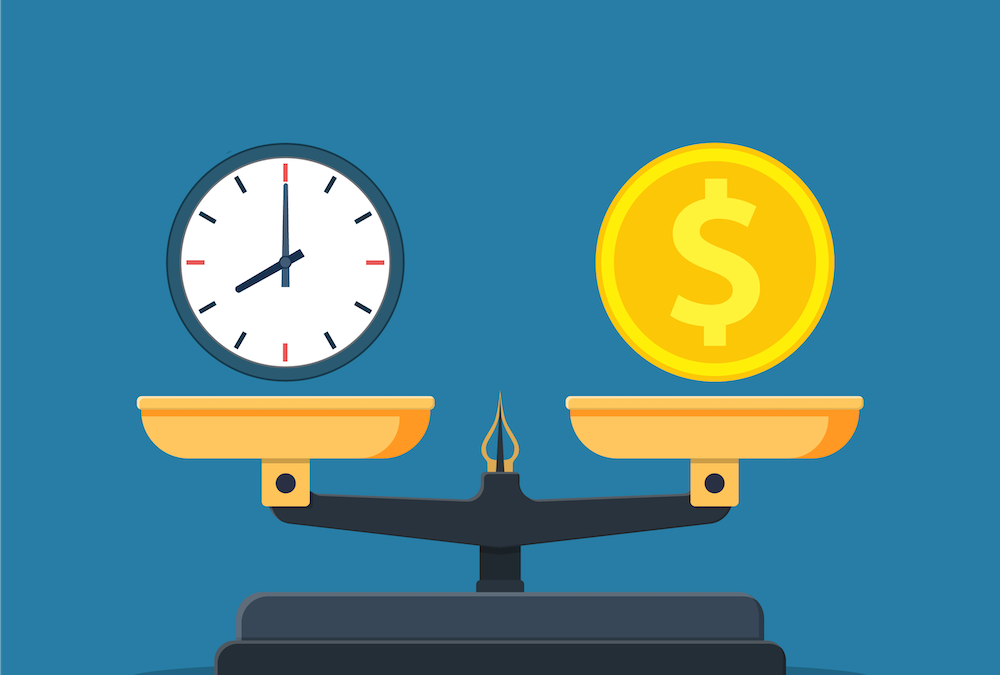