How KL&A Has Managed to Create a Caring Company

Justin’s post really hit home for me. Not because the example he gave about a team rallying around a colleague whose mother had just passed was about me. But, because I too have experienced first hand what “fair but not always equals” really means at KL&A. It has inspired me to share my own story and expand on just how big of a role my co-workers played.

June 9, 2014 started out like any other work day. I woke up, ate breakfast with my family, went into work, and was heads down, working on a project that had a major release just around the corner. It was a normal Monday. Then, my phone rang. I would love to say that I clearly remember everything that was said during the call, but I can’t even recall which one of my sisters I actually spoke with.

My mom had been rushed to the hospital. I vaguely remember asking what had happened, but at that point my sister didn’t know. My mother wasn’t in the best of health and, despite the impending deadline at work, I asked to leave. Luckily, my manager didn’t even give it a second thought. I left immediately and headed to go get my family so that we could make the two-hour trip to the hospital.

At home, my wife and I rushed to get the kids ready since I knew that we would all have to go. As we got the car packed, I asked my wife to drive for a few reasons. First, so I could talk to my sisters if they called. Second, if I found out something bad had happened then there was no way I was going to be able to safely drive us anywhere. And lastly, I knew I was way too anxious and would end up driving way too fast.

Well, we barely made it 15 minutes down the road when my eldest sister called. As soon as the phone rang, I knew.

Now, at that time, I hadn’t been at KL&A for even a year. Later that night, after I got to the hotel room and got the kids to sleep, I cracked a beer and started to think. How do I even begin to plan a funeral? As an adult, no one prepares you for that, planning a funeral; or, at least I didn’t feel prepared. How was I going to afford a funeral? I knew my mom didn’t have life insurance. How was I going to finish this project at work? The deadline was quickly approaching and I didn’t want to let down the team or the client.

By this point I had already let the team know about my mother’s passing. I was told not to worry about work, but I couldn’t stop thinking about it. I kept running through the laundry list of tasks that still needed to be completed. Were we going to miss the deadline? Was the client going to understand? Was I going to be swamped once I got back? Needless to say, I was stressed. I had no idea what was going to happen or how I was going to get through it.

A few days after the funeral, I returned back to work. Within the first 10 minutes, one of my co-workers pulled me aside, “Why are you back already? You don’t need to rush back. If you need more time then take it.”

It was at that moment that I realized my co-workers saw me as more than just a colleague. They genuinely cared about whether or not I was okay and actually ready to return to work. I remember saying that I can’t go home. If I am at home, I am just going to think about what had happened. I needed to get back to normal. I wanted stability more than anything at that point.

So against my teammates advice, I went and sat down at my desk. It was the first feeling of normalcy that I had felt in over a week and half. I logged into my laptop and opened up our task tracking tool (JIRA) to figure out what needed to be picked up. To my surprise, there was almost nothing in the “To Do” column. Confused, I opened up our repository and started to see what had happened while I was gone.

Multiple people from different projects stepped up to help out on my project while I was away. I had been so worried, thinking in the back of my head that we had fallen behind because of my absence. However, I actually had nothing to worry about. We weren’t going to be late delivering the functionality because my co-workers just got it done. I was blown away by the caring nature of my co-workers!

As expected, I chatted a lot with people about what was going on. What was on the forefront of my mind was the hefty bill I had just received from the funeral. As I stated before, my mom did not have life insurance. Out of my siblings, I was the only one in a good financial position so it was up to me to take care of.

Well, word got around our very small office and after a few days of being back John Leigh pulled me into his office. He asked how I was doing. As I just stood there, I told him “I’m fine. I was doing okay.” But, he looked at me knowing that I wasn’t. He told me that he heard about my financial dilemma with the funeral bill and that, to my surprise, KL&A was going to help out.

I was in complete shock. When I heard those words, I wasn’t sure if I was about to faint so I sat down. Did I hear him correctly? Here I had been working at this company for less than a year and they were offering to help me with a personal financial situation. I couldn’t believe it. I still can’t! I can’t imagine any other company doing something like this.

So, after reading Justin’s post, I can personally attest to the fact that his story was definitely not an exception here at KL&A. The culture here is unlike any thing I have ever experienced. The fact that not only did my employer have my back but my colleagues as well, is something I will never forget.

My experience with KL&A’s “fair but not always equal” mantra is the first thing that comes to my mind when someone asks me what I think about KL&A. For me, it solidified the fact that KL&A’s culture is everything I could have ever asked for. It’s amazing! I have never worked for nor heard of a company that was so devoted to their employees and so family oriented. 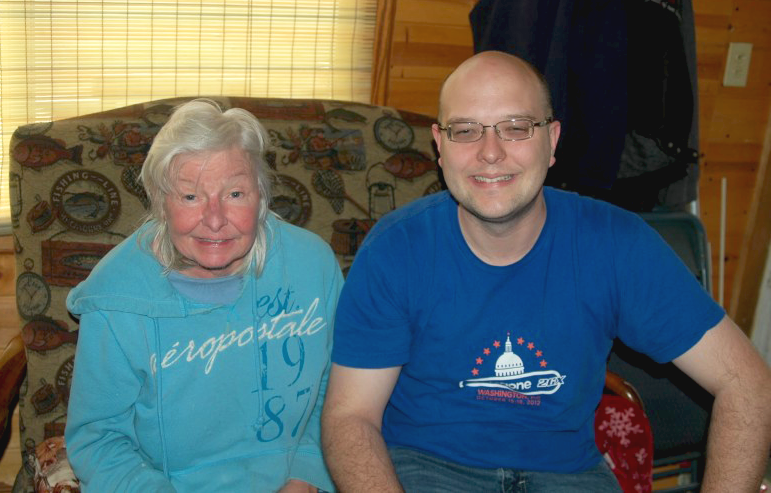